I met up with the group for their run but a few of us didn’t do the speed portion. Lauren, Amy, and I kept running together once the other three peeled off for their workout. 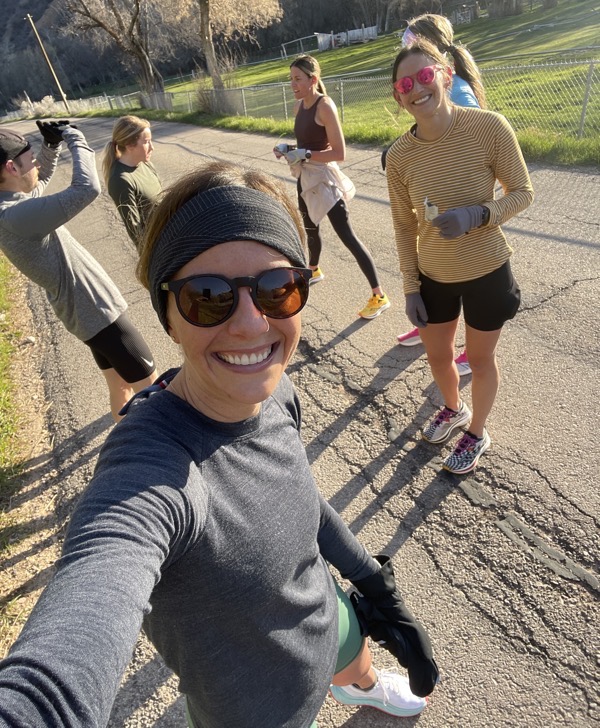 12.49 miles @ 7:32 average with some good climbing in the first half of the run. I don’t have a lot of details about the run besides that it was freezing cold, and the conversations were some of the best yet. 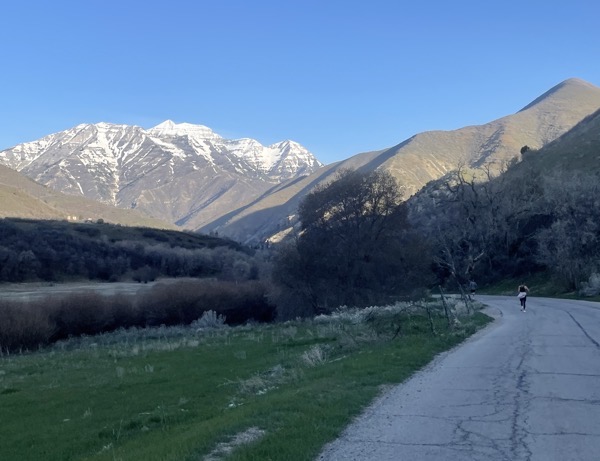 Saturday was filled with soccer games and kid things and then I went out with Andrew for a date. I probably should have gone to planj sooner after the marathon, but better late than never. 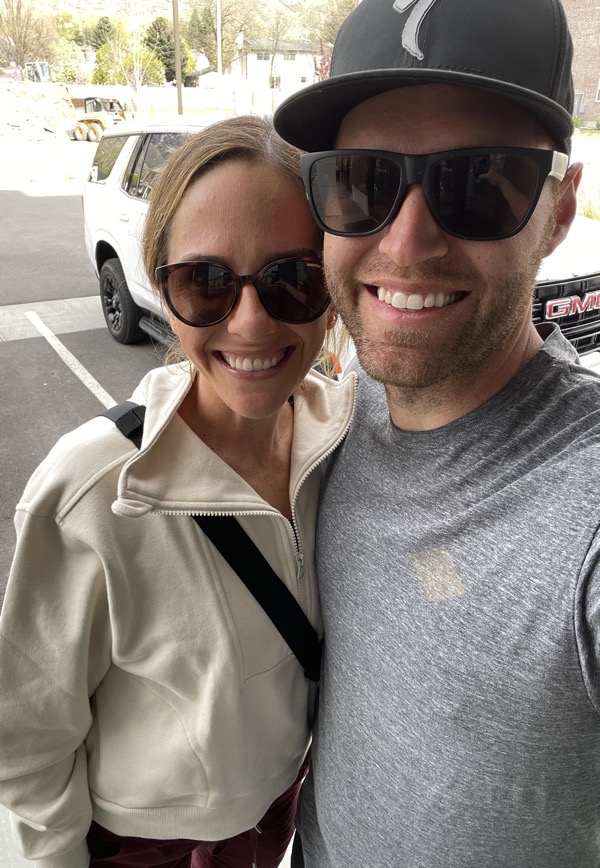 You start in the sauna followed by a quick shower and then you go directly to an ice bath. You finish with resting in the chairs for a few minutes. You repeat this cycle as many times as you can in an hour, and you feel like a new human when you are finished. We met some people there that go every single day. One was a runner (he is on a 1400 day running streak) and after the sauna, he foam rolls and stretches for 20 minutes before getting in the ice bath. He said this routine is what is keeping him running everyday injury-free. 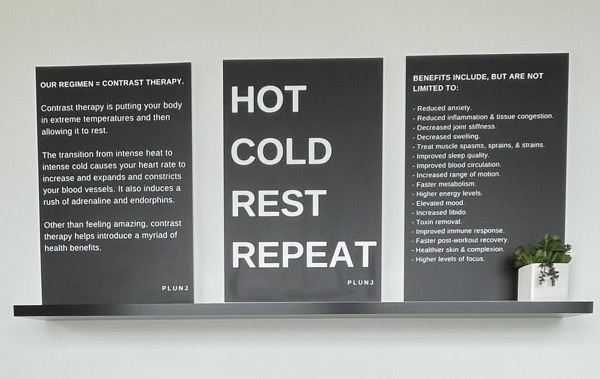 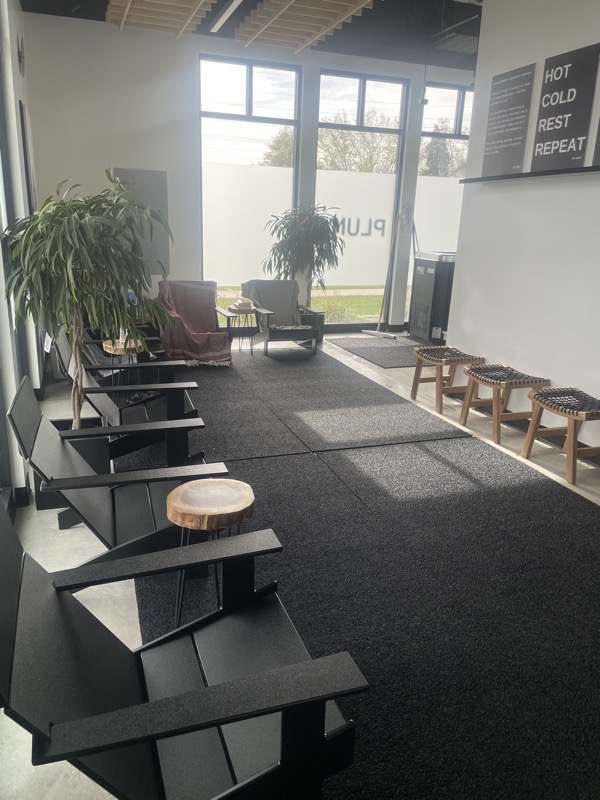 We finished date night off by going to dinner with my sister and brother-in-law to Cubby’s. 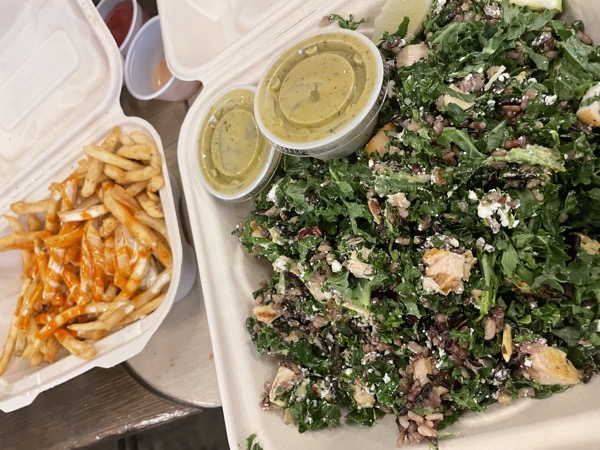 And then getting a caramel apple and walking around the mall for a bit. 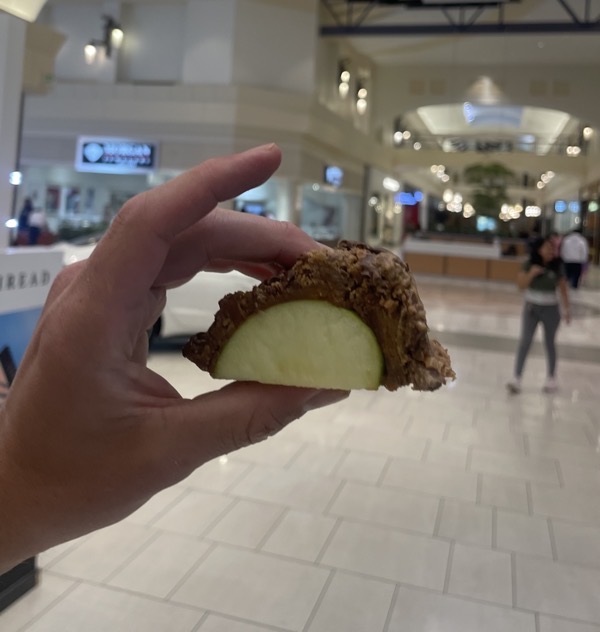 Beck and Skye are very happy that they have official insect homes now for their friends. 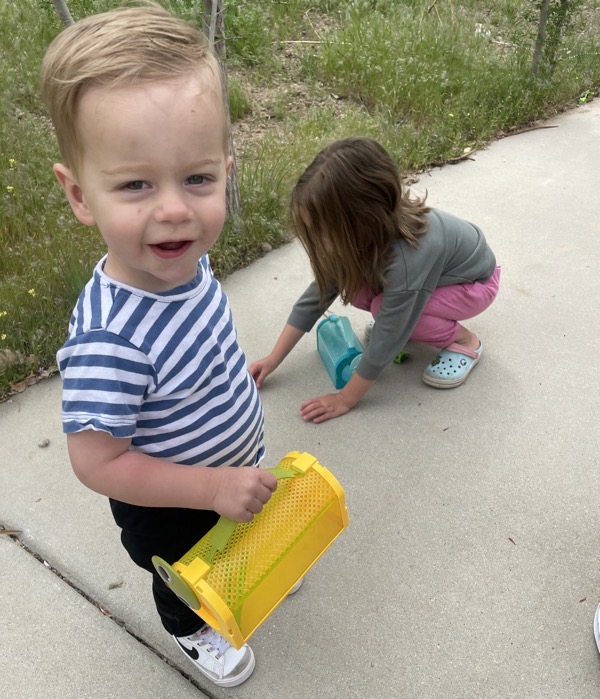 And we picked up Brooke last night after she had a weekend in California. My sis-in-law has a sister that lives in California so sometimes she takes Brooke out while she visits her sister. It worked out so nice! 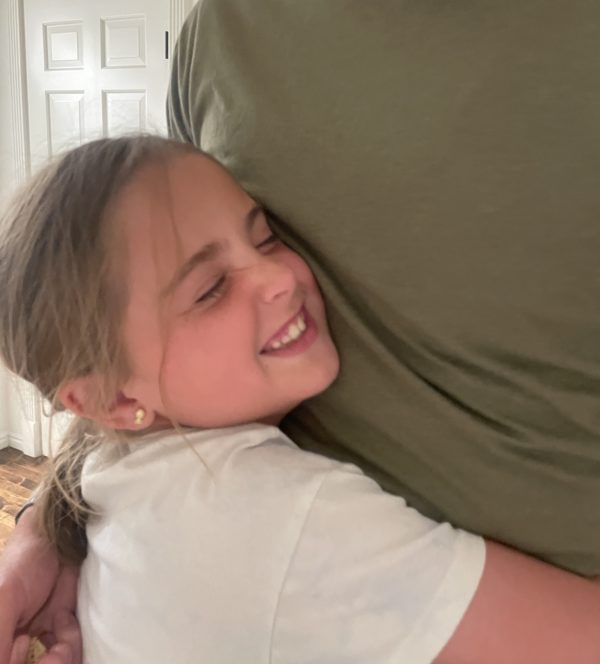 I’ve had a few people ask me recently about how to find running friends. Let’s jump into this topic, and don’t forget to check out the comments because everyone always shares the best ideas!

Before I start on this, I LOVED solo running for many years. I think it just depends on the runner and life schedules, so if you love running alone, that is awesome too! I’m sharing this for people that want to run with other people:

I might be completely wrong on this, but I feel it is safe to assume that 98% of adults want friends (I have no idea about the stat, but it feels right to me;). I think many people crave connection, and what better way to check off social, mental, and physical needs all in one activity—> RUNNING. Knowing that most people want a friendship helps me build up my confidence in creating running friendships and getting out of my comfort zone. 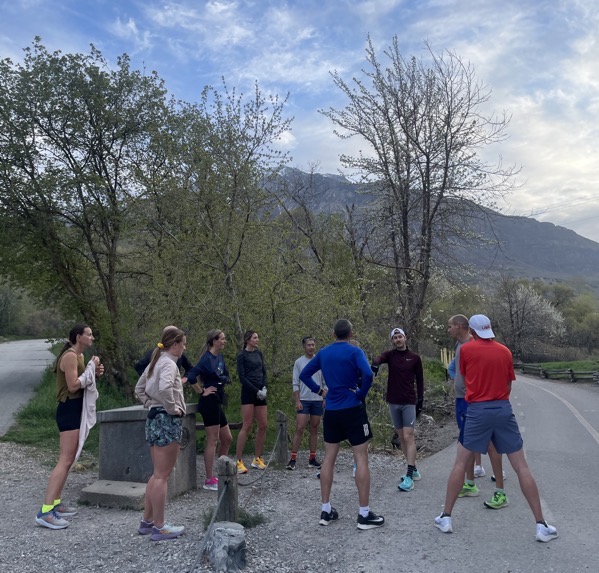 The #1 thing that made me faster as a runner was running with people. There is just something about the energy of a group and how inspiring they all are… it is so much harder to quit or slow down if the people around you aren’t quitting. Running with other people has inspired me to dream bigger!

My biggest fear before starting to run with people (other than my sister… I did that starting at age 12 and didn’t start running with other people more until I was 27) was that they would be bugged if I needed to stop for the restroom or to tie my shoe etc. That fear was a waste of time because that has never actually happened. Nobody ever cares if a quick stop needs to be made. I could honestly care less about what pace I am running if I have the option to run with someone… that is my 1st choice now. Many runners feel this way too, so don’t stress about slowing the other people down. Get excited because they will either run your pace or help you pick up the pace a bit. Having my friends to meet with helps me jump out of bed in the mornings. 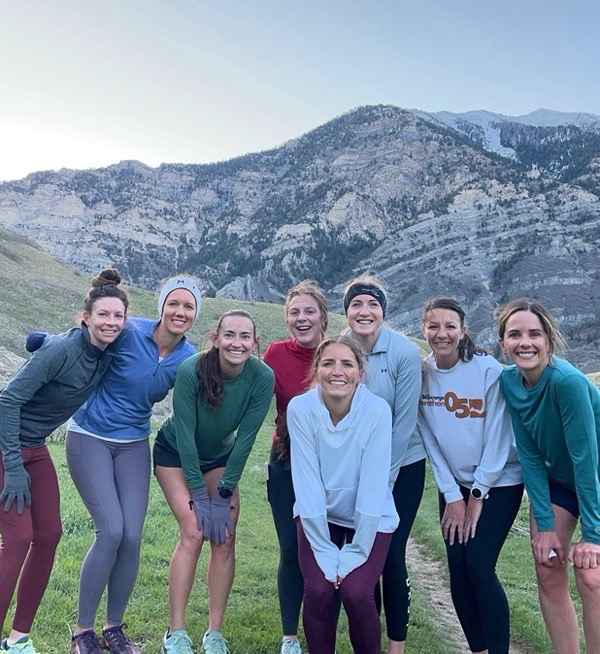 Here are some ideas on how to make running/workout friends:

*GO TO YOUR LOCAL RUNNING STORE AND ASK! The majority of people I run with are from the Runner’s Corner group. They have group runs that they post about on IG and strava, and it’s easy to jump in on their runs. Talking to other people at a running store could introduce you to new running friends. Our friend, Jeff, plans all of our workouts now, making it so much easier!

*Make your real-life friends run with you. There is nothing better than making the people you already care about addicted to your addiction.

*Talk to people at the beginning, middle, and end of your local races. The odds are that they may live nearby, and if you are running similar paces at a race, you’ll probably do the same in training. You could also volunteer at races, and I’m sure you’ll meet others who love to run.

*Once you make a few running friends, you’ll be amazed at how easy it is to network. They will bring their other running friends to runs, and your list will grow over time!

*Talk with other people on running paths. I did this when I was single, but I once asked a guy I had been running behind for a while (on a very busy/populated trail) if I could pace with him. We ended up becoming friends and ran together a bunch!

*Search your Strava. Many of my friends have met many of their close running friends through Strava. Comment on someone’s run in your similar area or someone that completes your favorite segments, and maybe eventually, you’ll meet up. I would only meet up with someone I met online in a group setting, be careful!

*When I used to go to the gym more, I made friends there (I met my sis-in-law at the gym and then set her up with my brother). If someone doesn’t have their headphones in their ears, I think they might be open to talking. Be confident and talk to them, and you’ll be able to tell quickly if they aren’t interested in making friends.

*I know that park runs are a thing in big cities—> If anyone does those, please give us more details!

The biggest problem with running friends= We convince each other to buy expensive running gear. Jo bought the beautiful vaporflys (I love her socks too), and she is already obsessed with them. They make you fly. 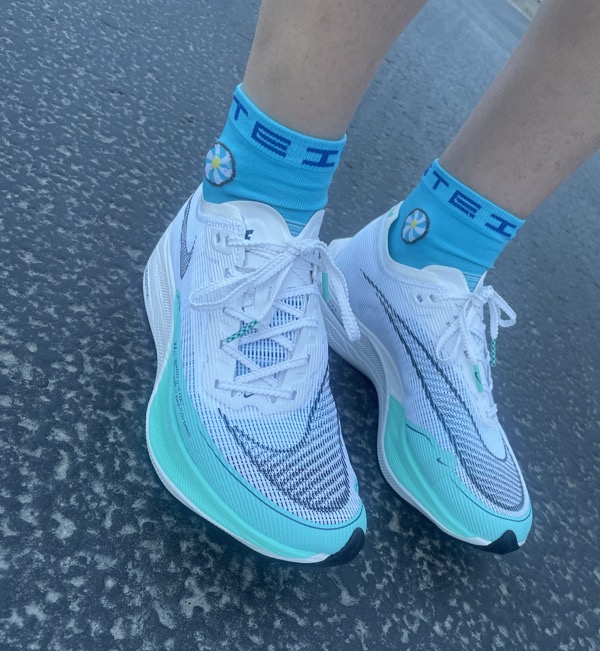 I would love to hear about how anyone has met running friends!

What was the best part of your weekend?

Running gear/shoe/thing that a friend (in real life or over the internet) has influenced you to buy?

Would the 42 degree ice bath for 2.5 minutes or 193 degree sauna for 15 minutes be harder for you? Have you ever tried something similar to plunj?

-The sauna is so much harder for me at plunj.